Last October 15th,  a set of seven OOH ad messages popped up on October Bridge showcasing a  new campaign from OPPO, the big Asian mobile manufacturer. It was the  first time Egyptian drivers came to see so many messages from the same  brand in just one location.

We talk with Mr. Ahmed Bahgat, CEO of  OUTSITE OOH media agency and ideator of last OPPO’s campaign, to  discover the details of this unprecedented and wildly successful new OOH  strategy that has captured the attention of the market.

“It  wasn’t the first campaign we run with OPPO, but this time the brief had  the highest priority, it was a regional (MENA) launch. For the first  time, the campaign would run across five countries at the same time!  Moreover, Cairo was hosting the regional launching event. The global  management, the regional directors, and the media community of five  countries, would all be here in Cairo for the event!”, Mr. Bahgat tells  us when asked about the reasons for creating such a unique strategy in  OOH advertising.

Mr. Bahgat shies away from all the attention that  this campaign has generated. The innovative strategy has really made an  impact in the Egyptian Outdoor Industry, with several big brands –  Coca-Cola and EG Bank among them – imitating the strategy of what is now  called the “OUTSITE set” or “OPPO Set”. But he insists on how hard  OUTSITE OOH worked to make this strategy a success story: “In the  presence of all the launch attendants, VIPs, the journalists, the media  houses… our challenge was how to make for them a story they would tell!  It is not enough to do a geo planning – that’s the regular procedure in  such campaigns. We needed a more effective strategy… we needed a big  bang!”

After many brainstorming sessions, and choosing the most  important roads across Greater Cairo – the Ring Road and October Bridge  –, OUTSITE OOH team came up with the strategy of creating a complete branded zone.  As Mr. Bahgat explains: “A zone where the audience sees nothing but one  brand, and that extraordinary scene sticks to the minds of all  audiences.”

The OPPO campaign covered many districts. The branded  zone on the Ring Road included seventeen advertising faces of uni-poles,  big flags and mega-signs – all of them at one point on the road,  therefore making them clearly visible from the two directions.

October  Bridge, the other branded zone for OPPO, was according to Mr. Bahgat a  harder challenge. They wanted to choose the right location on the road,  to guarantee the attention of every person going through the bridge even  on the rush times of the day. Thus it had to be a point where the  driver would need to slow down because of a turn, or maybe road exit,  and the campaign would work night and day, rush times and, of course,  traffic-jam times too!

When asked about his expectations for such  dicey campaign, Mr. Ahmed Bahgat lights up and states “All of us –  OUTSITE team and OPPO team – were sure of the strategy success! We had  used a completely different strategy from most common OOH media  planners, and that is exactly what gave us the confidence. Usually every  planner is keen to cover as many geographic areas as possible, and they  avoid to publish two or more ads in the same place. So when we decided  to publish seven ads in one location on October Bridge and seventeen on  the Ring Road, we studied the geo locations thoroughly to pick up the  best spots for the idea. And indeed, still today we are so proud of the  results, as it was a big story against all other campaigns in the  region, not only from our client’s testimonial, but also from emails and  comments we have received from the media communities.”

The team  members of OUTSITE OOH tell us that they run into a lot of challenges  through every segment of the implementation, from the strategy  conceptualization up to the struggle of booking the locations. It was  such an unusual campaign, never done before in the Greater Cairo. “How  do you get all the locations available at the same time, eh?”, OUTSITE’s  COO Mr. Mostafa Farag jokes with Mr. Bahgat during the interview.

Of  course they had other challenges, but they refer to them jokingly as  the “usual” ones: the creative work optimization, reforming the ads  quality, lighting of the installation… The harder side of the job that  is part of their everyday work.

Despite the challenges, “usual”  and otherwise, the OPPO campaign has definitely become a landmark in  Egypt’s OOH media history. As Mr. Bahgat states “we had a strong will to  make this happen”. 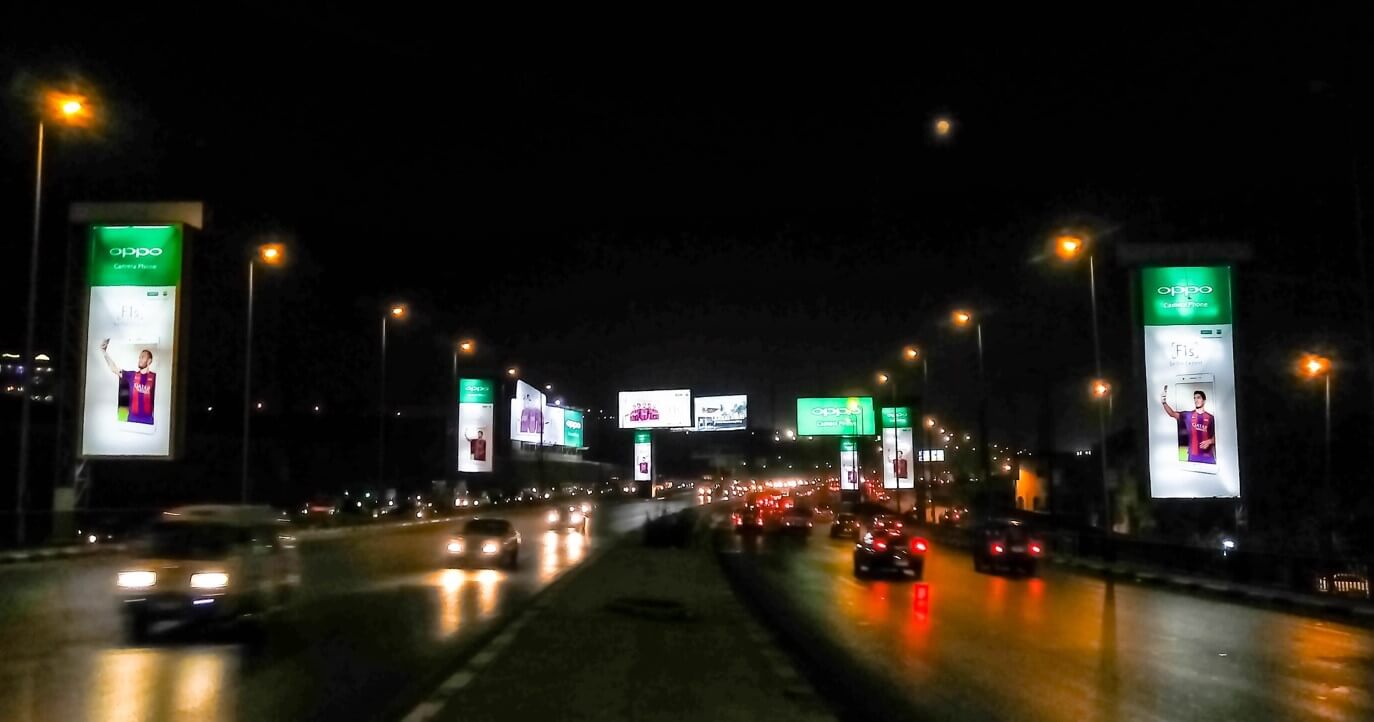 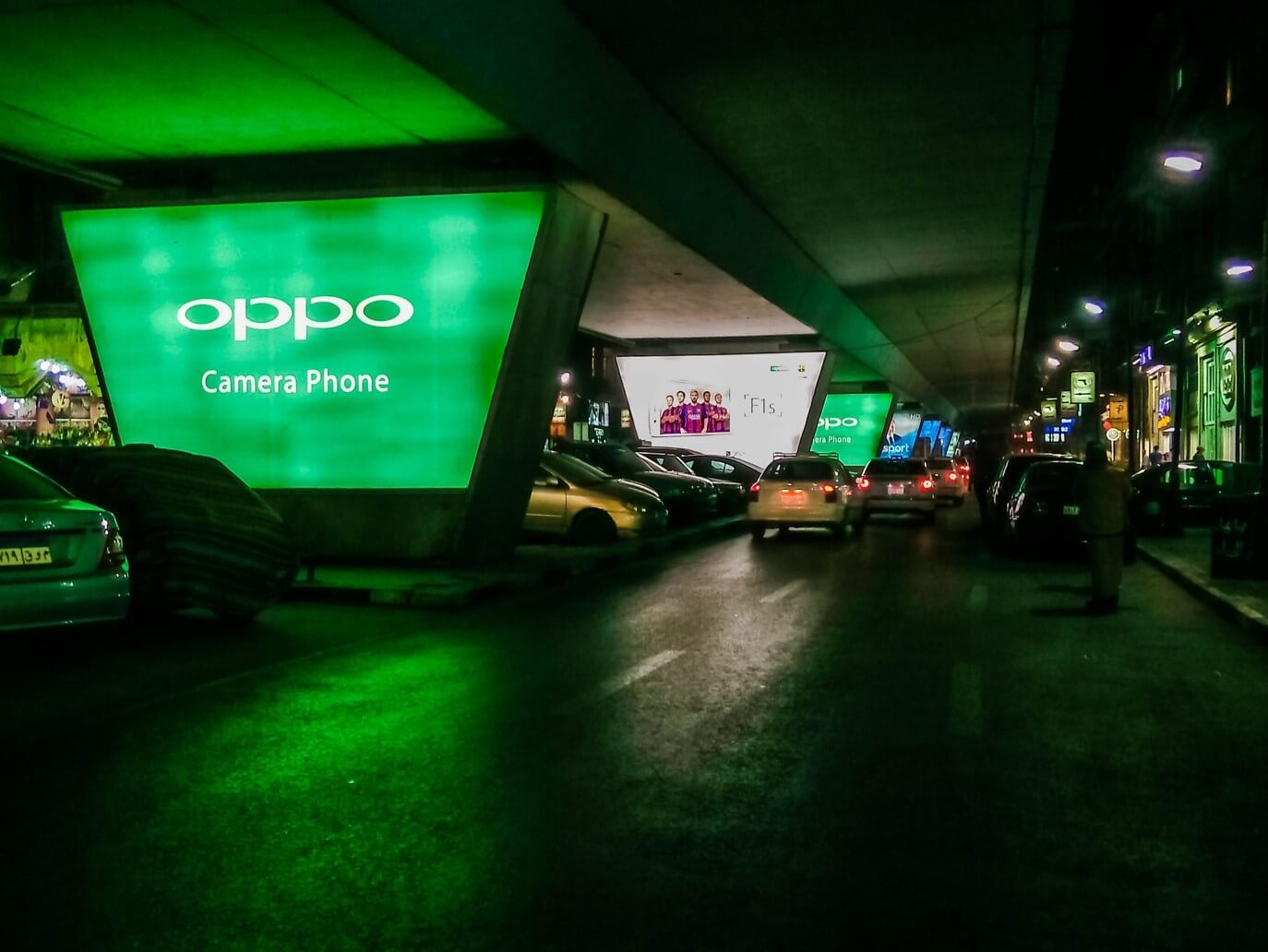 OPPO launches [F1S] from Cairo with a new OOH strategy

OPPO enlists Neymar as the image of OPPO F7

OPPO dazzles Egypt with the launch of F9