In the essence of Real Estate's fierce competition happening on Cairo's billboards, the real estate industry is the most present and competitive business appearing on the roads. In fact, real estate occupied 45% of the OOH space in Cairo for March, with more than 10 developers leading the top campaigns according to our latest Market Insights Report. In our proactive manner to keep our audience up-to-date, we met Akam Developments, an up-and-coming real estate player. Akam has released a total of 10 OOH campaigns in only two years since 2018 until today, it's ranked among March's top 20, and one of the leading developers contributing to the whole new construction phase taking place in the New Capital. So finally, we met to get a close look at their OOH strategy, communication approach, and deeper insights into the Real Estate industry.

The Team behind Akam's OOH

Once INSITE’s team arrived at Akam Developments, Omar Shawkat and Karim Sekouty were on board welcoming us to learn more about Akam's world and its Communication Strategy. To gain interesting insights about their running branding campaign, reveal some secrets and exclusive details about their upcoming OOH campaigns, and discuss the consequences of Cityscape hold up on Akam. Omar is the Marketing Communication Manager responsible for the strategy and media planning of OOH campaigns, while Karim is the man behind the campaign's concept, design, and execution.

Despite being a new name in the game, Akam developments have made a solid presence in the real estate industry in nearly no time. Unsurprisingly, due to the exceptionally experienced board members and leading managers who already possess multiple years of experience and knowledge in the field. In addition to the fact of collaboration with Al-Muhaid Group engineering consulting firm, having a long track record of achievements, experience, and trust in the real estate industry. So before we jump into the idea and details of Akam's running campaign, we wanted to take a glimpse of the most critical values for Akam when it comes to communicating with customers.

Speaking of strategy, Karim started the conversation describing the most significant part of Akam's communication approach; Transparency. And how it’s considered a key for successful communication. Karim said "Transparency is a very firm and solid part of Akam's strategy. We have to be fully transparent with our clients to create a sense of trust and loyalty for our brand. Also, buyers became savvier than ever before, they now understand the market very well, and how offers do work and differ from each other. They can confidently compare and contrast between a unit and others to decide which is better. So, today people are way more understanding than before, you have to be as transparent as possible, and every communication line should be very direct and clear. If a customer feels confused about an offer, he/she fears being manipulated, they step away, and you completely lose the client".

Omar further added that nowadays buyer's behaviour has changed according to the changes in interest as well. He stated that a large number of customers today are buying for the sake of investment not just moving to a new home, so they usually carry out mega studies to ensure that they are taking the right decision. Accordingly, transparency has to be the core of Akam's communication strategy including its OOH media plans.

Spreading over 14 spots across the city, the chances that you miss Akam’s currently running outdoor campaign in Cairo barely exist. The far-reaching media plan is based on a branding phase, "It’s a pure branding campaign" – Omar called it. The campaign is released to stir up the brand image after a pretty long run of promotional campaigns for Akam's projects. Omar explained further their objective, "We aim to create a new touchpoint with customers and bring them closer to meet Akam Developments. We previously focused more on shining the light on our projects and giving them full exposure. However, we took a different direction putting Akam's name in the spotlight, to showcase the company behind the success, and pave the way for future projects. In return, this will provide a sense of brand recognition for the existing and potential clients. So that in the future with our new projects, our clients would be able to recognize the brand easier and associate faster with it".

Regarding the campaign designs, Karim stated, "We wanted to proceed with a different and unique direction to standout in the market. We worked on a design that has a viral trending essence. Hence we used the out of bound design approach, having it portray elements in a way that’s breaking the norm and going outside the box. Much like the ideology that we are working with at Akam, always trying to unleash a positive creative wave". Akam created three concept designs that were translated to the following illustrations, each of them reflecting a different aspect for Akam.

(1) The Confetti: A design where they focused more on a lively colour along with festive elements being the confetti papers, which reflect happiness and festive times.

(2) The Dandelion: A design where they focused on the beauty and delicacy of life, just like a dandelion. Reflecting this picture with the human element associated with it.

(3) The Technical: A design where they focus on the technical aspect of the project, highlighting the important role of the technical department to provide exceptional excellence.

Both Omar and Karim stated that Akam seeks out specific locations that are considered hotspots. For example, October bridge, ring road from Moneeb to New Cairo, as well as Suez road. "Thawra Street nowadays is also a home for many developers' offices, in addition to Salah Salem, both are quite good destinations", Karim added. He also mentioned that the new digital screens are a great option for them, like the one in the Waterway area in New Cairo. "These places have high traffic yet matching profiles of potential buyers who possess the purchasing power," they said. Keep in mind that residents in New Cairo have high potential and interest since they're not far away from the New Capital. It's more possible to decide to move in the future or even invest. "Digital screens give us more room to display and deliver our message in different ways" – Karim added.

When asked about the significance of Out-of-home advertising for developers, Omar confirmed that the outdoor media channel is truly mattering and considered as a key player alongside other digital platforms for real estate developers. "Actually it's one of the major drivers for the online search," he said. Omar stated that they always keep an eye on the OOH scene to try and make the best out of it, promising that lots of plans are going to be revealed on the roads soon. Unfortunately, the currently running campaign was supposed to be followed by a teaser in the next few months, but Akam decided to postpone it due to the existing situation of the Coronavirus, bearing in mind the hold-up of the Cityscape Exhibition also. But despite the challenges that most organizations face nowadays because of the pandemic, by the end of our talk, Omar ensured that no matter what the consequences are, their approach and mentality have always been positive, making the best out of every situation possible: “We're always keen to take the extra mile. This is our first project, our biggest milestone, and our brand. Expect something big." 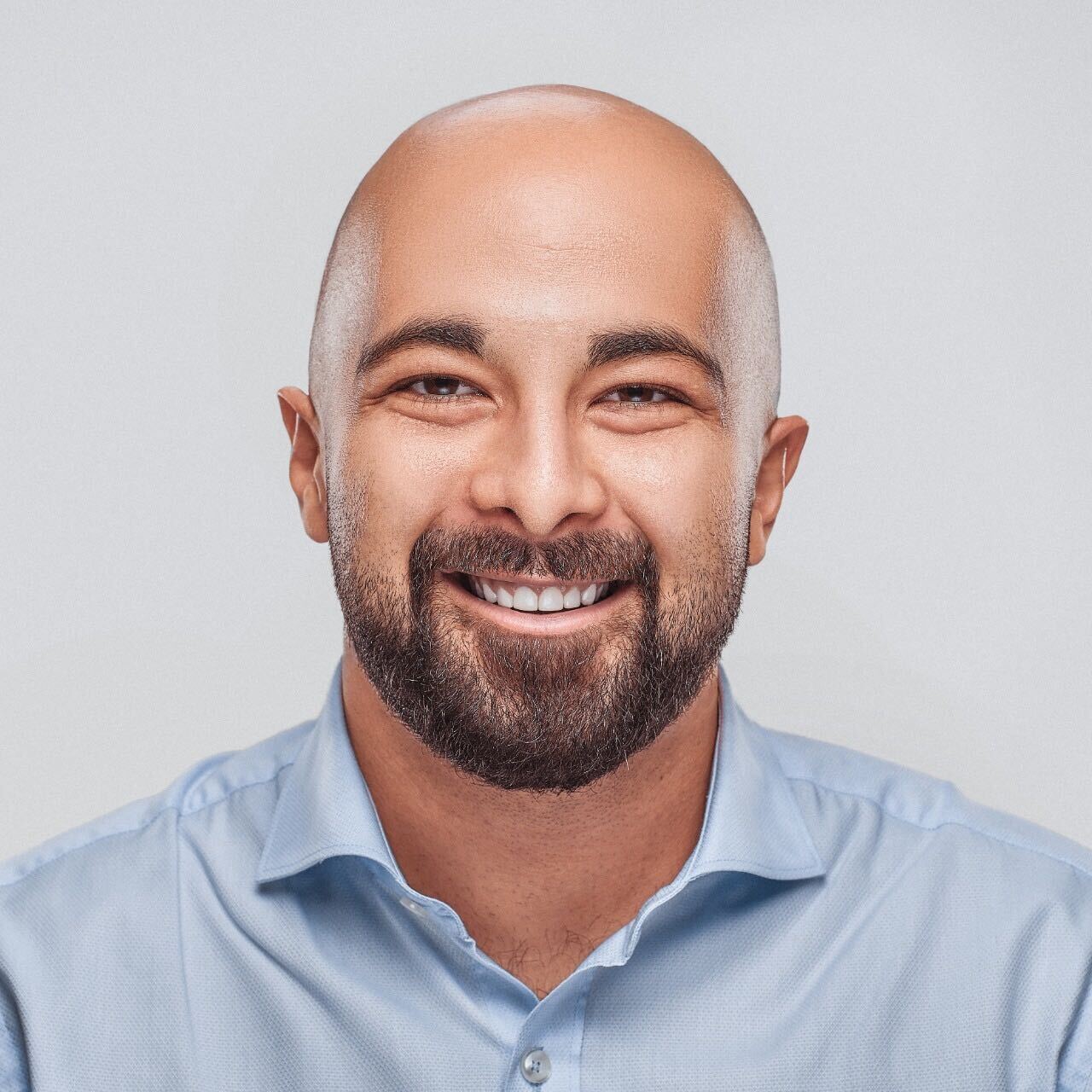 Omar Shawkat has over 7 years of experience in the Real Estate market in Egypt, he holds a Business Administration Bachelor, CIM certified and certified Business Strategist from the American University in Cairo. Omar worked on Branding, Communication, and Advertising of the biggest projects in the North Coast, New Capital, and Sokhna previously. He was also responsible for the biggest outdoor campaign in Sabbour’s history; The City of Odyssia. He is now working closely on AKAM being one of the top players in the Real Estate Market in Egypt. 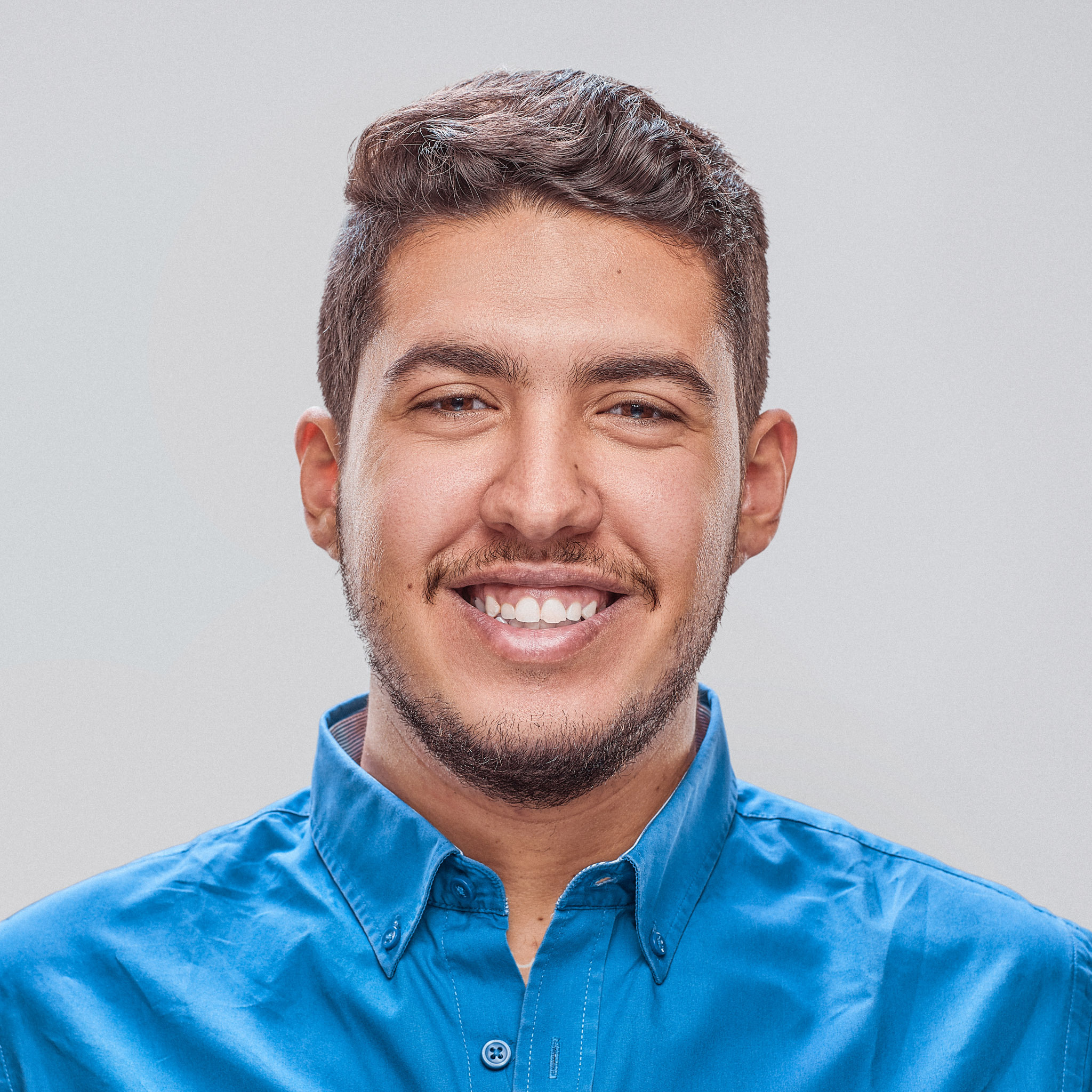 Karim Sekouty is Akam's Marketing Executive, responsible for their lastest branding campaign. He is also a graphic designer and founder of an advertising agency that operated across Egypt and Europe, successfully managed to gain up to 4 years of experience in the Real Estate market, handling both ATL and BTL brand communications. One of his first projects in AKAM was Ainava; their first commercial project in which he managed name development, a branding concept, and approach and working on all collateral materials for the brand.

The billboards of Dubai introduce the Jewelry brands of May 2020

Life Park October returns to the billboards with new launch