The OOH marketing tactics have hundreds of cards on the table, but one of the most important and tricky marketing strategy is celebrity branding or celebrity endorsement; important because you are not only attracting your brand’s customers, you’re also attracting the celebrity’s fans and lovers. On the other hand, the trickiness behind this tactic lies in choosing the right celebrity for the right brand at the right time.

Mega-star, Influencer and Egypt’s most popular singer Amr Diab has been popping up extensively on the billboards of Cairo, appearing as a brand ambassador for leading national and international brands. Choosing someone as famous as Al Hadaba comes with lots of advantages; Amr Diab has been melting the Egyptians’ hearts for decades, influencing their clothing style, hairstyle and even their eyebrows! Imagine someone with this huge influential power even before the social media era, and now with an empire of 16m likes on Facebook, 10.2m followers on Twitter, 10m followers on Instagram, 3.24m subscribers on YouTube that is translated to the roads of Greater Cairo with double these numbers of fans who adore him.

Pepsi, McDonald’s and Vodafone are all featuring your favorite brand ambassador Al Hadaba. The three different campaigns that are parallel to each other and have filled the billboards of Cairo, two of them; Pepsi and McDonald’s choose wisely Amr Diab’s album cover photo that is already familiar to everyone since the latest OOH campaign for “Ana Ghier”, seizing its OOH success to guarantee more visibility and exposure to their campaigns, while Vodafone choose a different photo that helped them more in the storytelling process of their multi-channel campaign.

Al Hadaba fills the billboards of Cairo with its rebranded bottle

PepsiCo Egypt has launched an outdoor advertising campaign to show everyone their rebranded Pepsi bottle with the famously known “Al Hadaba bottle” that was inspired from his nickname. As for the visuals, it contains the ambassador’s album cover photo blended with Pepsi’s brand identity to keep their branding guidelines in check. Regarding the ad copy, it fires up a hashtag that says “AlHadaba_Like_No_other” referring to the star himself and the product named after him which will make the consumer feel like the quality, impotence and elegance of this product is similar to those of the star himself.

McDonald’s is celebrating their 25th birthday with an  anniversary  outdoor advertising campaign to announce that their birthday party will be performed by the mega-star himself to make sure this special moment is glorified by an artist as big as Al Hadaba on an outdoor advertising campaign, using both event marketing strategy in addition to emotional marketing that appeared clearly in their slogan “25 years loving it .. 25 years loving you”, displayed aside to Ana Gheir’s album cover photo, mixed with the QSR’s branded yellow color. 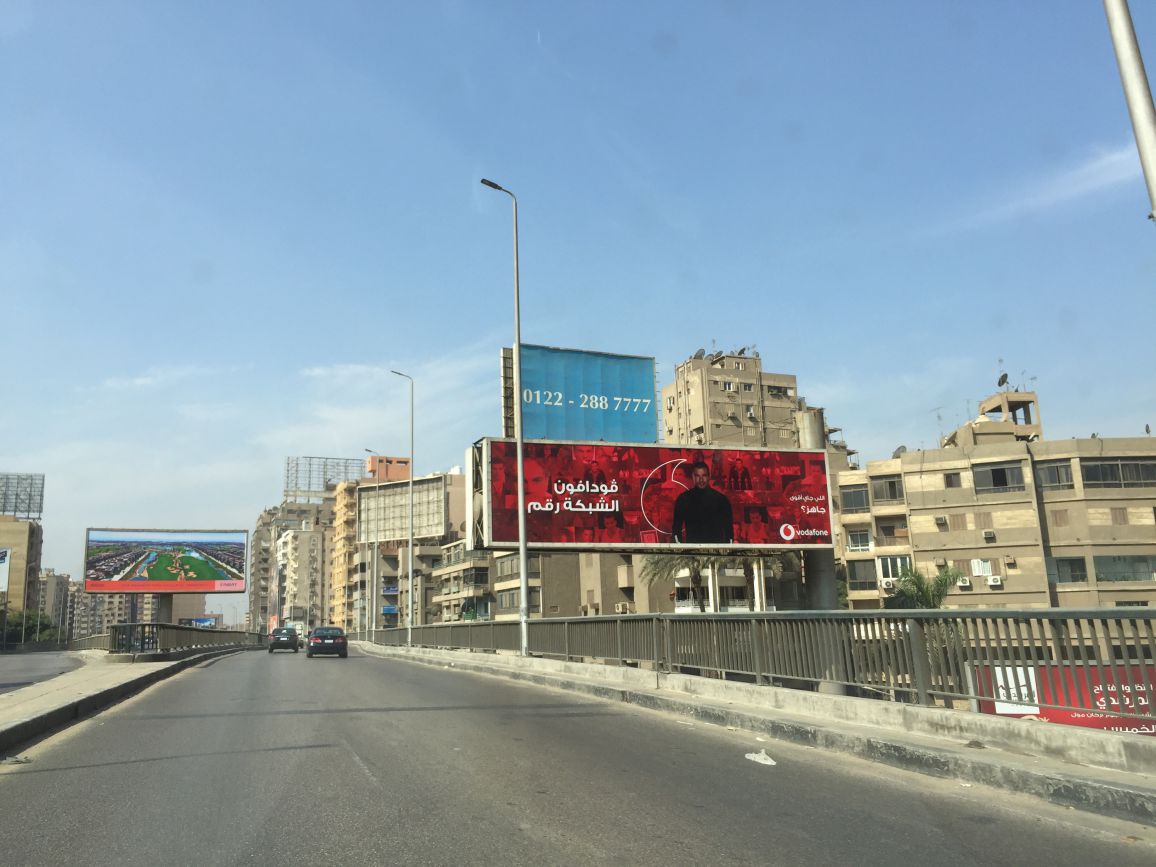 Vodafone got ahead of everyone with Amr Diab

As always promoting themselves as Egypt’s leading mobile network, Vodafone Egypt had to use similar market leaders in their own field to be thei perfect brand ambassador for them. The network combined two of the most beloved public figures, Influencer and mega-stars; Amr Diab and international football player Mohamed Salah on one outdoor advertising campaign. Unlike the TV ad, the out-of-home campaign did not need any ad copy to pop up; using a collage of Al Hadaba’s best moments through the years, the multi-channel campaign uses nostalgic inspiring footage from his career at different ages, different times and different atmospheres, while he is standing there in front of these moments as if he is embracing today’s success from his past.

No doubt that using an influential brand ambassador who is staying on the top of his game for decades is a huge benefit, just linking your name to his guarantees a magnificent brand exposure, with a career longer than two thirds of the brand’s he is advertising for; Amr Diab was, has been and will always be a winning card that makes everybody’s necks turn to see him on the billboards whether you are taking a walk in the streets or driving on the roads, he will always grab your attention immediately and the OOH market is welcoming him each year more than the previous one. 27 years ago, the superstar predicted that he is "أضواء نيون الإعلانات أنا ... كل الحاجات والراديوهات أنا" which translates to "The outdoor advertisements, I am ... Everything and all the radios, I am" in the movie Ice Cream in Gleam in 1992 which is clearly happening in real life after all this years, he managed to make his dreams come true with not only a career but an empire everybody is talking about.

CIB announces squash by the pyramids on an OOH campaign

February witnesses a spike with more campaigns up on Cairo's billboards

Mo Salah is also a brands’ booster on the OOH scene of Cairo during the AFCON 2019!

All brands are going crazy, reserving a spot on Cairo’s billboards during the AFCON 2019 | Part 1