From the pufferfish to the billboards, how HiT Creative Comm. hits!

Blooming on the roads of Greater Cairo and the North Coast, the past couple of months have been witnessing the rising of the new brand White Sand, brought to us by GV Developments to create a buzz with the vacation project’s out of the box visuals, concepts and ad copy.

“First things first, the philosophy behind our logo is inspired from the pufferfish; a fish that creates an artwork in the deep sea in order to attract its future mate to the white sand” this is where “Match made in heaven” came from, an exclusive announcement from Ahmed Mohy, Senior Art Director, adding that the logo’s concept affected previous campaigns and will affect all the upcoming ones. To elaborate more Sherine Helal, HiT Creative Communication’s CEO and Managing Director explained regarding their launching campaign, “The hero of the campaign is the sand”. “We used the law of attraction to build the campaign’s concept”; adding that the challenge was to create something to break the clutter designs the real estate industry is relying on nowadays.

Choosing to promote culture instead of promoting a product; White Sand’s campaign upgrade was as challenging as the first one, swimming against the current to produce an out of the box work of art on the billboards of Cairo. GV Developments upgraded White Sand’s outdoor campaign to make sure their project ”Matching Zone With Personality” continues on the same path, using Zodiac Signs to be the main idea of the campaign to prove that White Sand fits each and every character out there. “The whole thing started with a brief inspired from our client’s obsession with horoscopes”, which later on inspired changes in the project itself; naming each zone inside the resort after the displayed horoscopes in the OOH campaign, both Helal and Mohy explained; adding that having such a supportive client is an edge, “The campaign brief was all about creating something out of the box and that’s exactly what we did!” they both said.

As for the creative visuals, Helal takes us to the design’s journey “We wanted to choose outstanding colors, Mohy made sure that we test everything to come up with the best color combination for our identity” 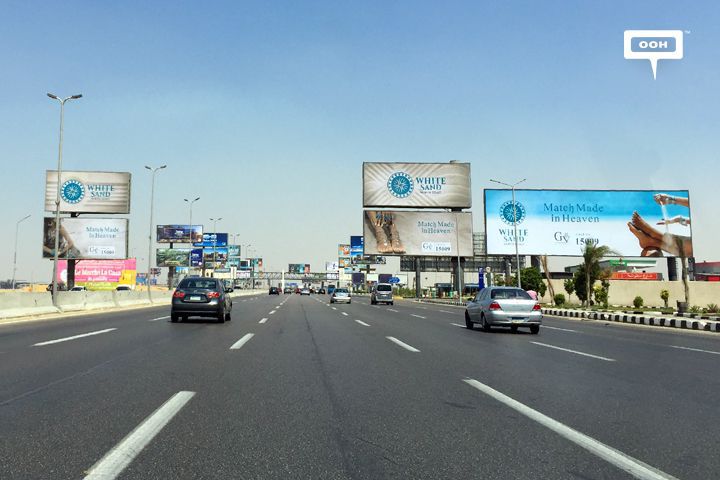 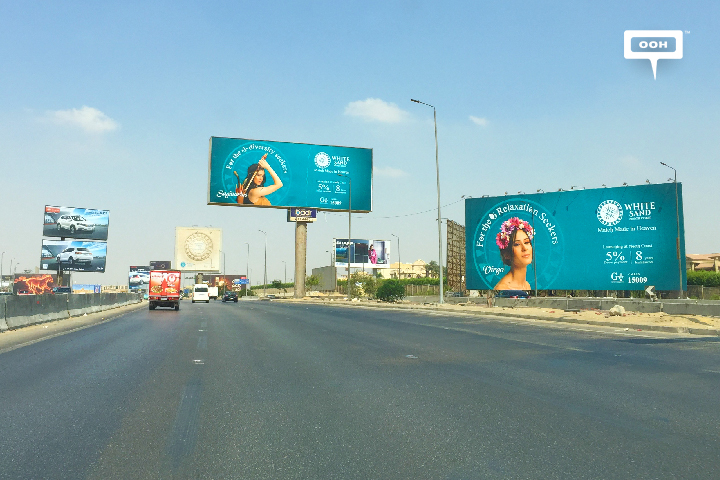 After sharing with us White Sand’s journey, Helal elaborates on why they have chosen outdoor media to introduce this project, she stresses that “Outdoor builds on the image of the brand” besides the fact that they are targeting specific audiences, sharing her thoughts about social media marketing, she says “Social media is one of the best arms when it comes to real estate but it is draining as we speak”; explaining that it is easy to miss an ad on social media but there is no way to miss an outdoor campaign. Mohy states that “In our market, the outdoor market will continue to prosper one way or another”, and he agrees that social media completes the outdoor marketing; and Helal adds “I consider outdoor advertising as the number one marketing channel, out-of-home media it is complemented by social media and not the opposite” she proceeded.

With the expansion of the OOH scene in Egypt, Mohy sees that it is challenging to develop it. Helal & Mohy both agree that guerrilla and ambient marketing strategies have to be present more in the competing Egyptian market; however, they have spoken to us about the experiences and challenges that they faced with those tactics “We tried to do lots of creative ideas but no one could’ve implemented it”. Despite those challenges that they have faced, Mohy has stressed on the fact that in order to create something impressive, working with an open budget and a smart client is a must.

The road to success of any company/agency begins with dedication and teamwork; Helal & Mohy have given us insights about their team “In HiT, it’s all about teamwork, for example, Mohamed Anwar was the one who came up with “Match made in heaven” in White Sand”. Helal has also mentioned the effort that Rana, HiT’s junior copywriter has done in White Sand’s campaign “I gave the brief to Rana, and she worked on the horoscopes copies; I always give the direction and they follow the same path.” Mohy added that HiT’s art team who make ideas come true, and Helal has highlighted “Those who did the finalization in two days are amazing”, ending her sentence with “We are nothing without them”.

On the other side, the OOH agency that made sure all these creative efforts see the light; Standby OOH Agency, led by their CEO Taher El Sherief who was proud to be part of this amazing campaign speaks to INSITE OOH. Understanding that White Sand is a new brand coming to the light, El Sherif worked on this branding campaign carefully; “After digesting the brief that we had, our team started to decide the perfect charting to maximize White Sand’s OOH objectives that will end up with an effective reach”. As for the campaign upgrade, he explained that this time Standby’s target was to widen their coverage in order to gain more exposure that will effectively gain the brand more visibility in both Greater Cairo and the North Coast, ”Although we were a month late in catching up with Al Sahel season, we had a success with the campaign upgrade” El Sherif Said, adding that in the upgrade the OOH agency expanded their locations territory to achieve a higher impact and attract their potential clients.

“I am thrilled that I was part of this great success” El Sherif said happily, explaining that seeing his agency’s work climbing over August’s Top Campaign, July’s Top Campaigns and Al Sahel Edition brought joy to his heart, wishing more prosper and success to the outdoor community, especially OOH agencies that have always been a game-changer in the out-of-home landscape. 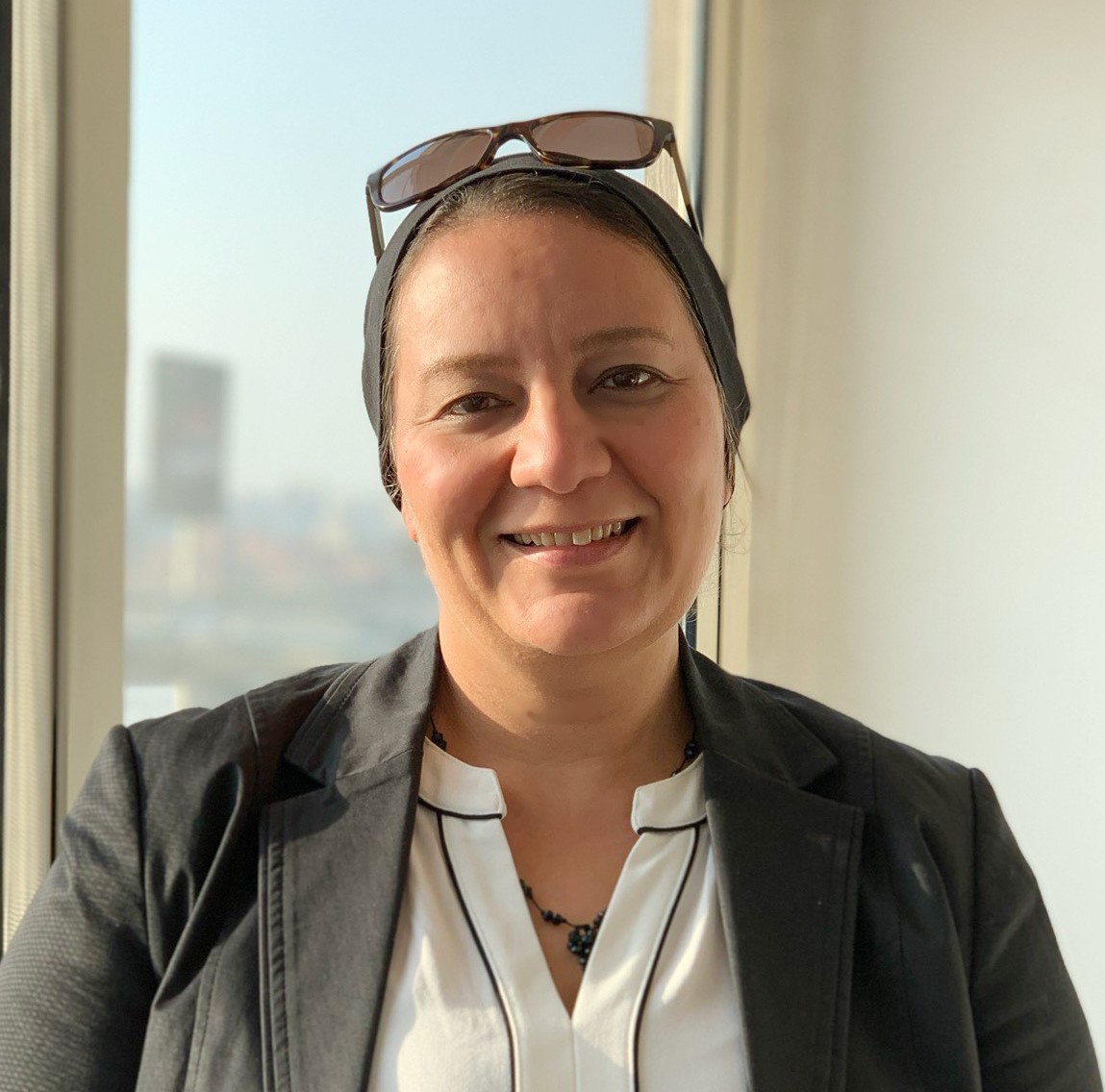 One of the Middle Eastern award-winning Creative Directors; Sherine Helal has led a career of passion for creative concepts, insights and most importantly details. She has been heading HiT Creative Communication for 14 years, dedicating herself to create 6400 different ads & copies for different media channels. 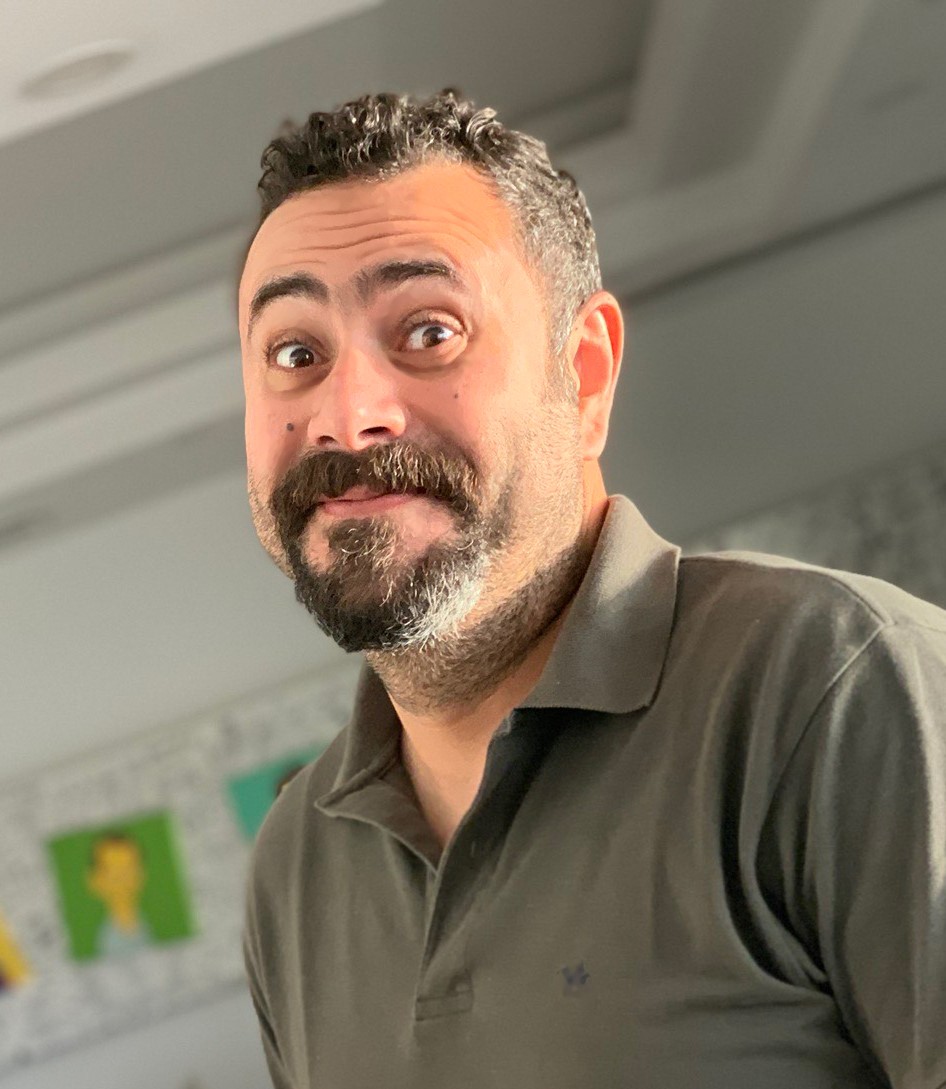 Mohy's exposure to different cultures got him hungry for cutting-edge ideas and designs. With 15 years of demonstrated experience; he managed to build a name for himself in the world of Creative Art Directors, accompanying different multi-national, national and local brands to include 13 years of them as one of HiT’s main anchors.

Life Park October returns to the billboards with new launch